ENC Analysis – Managing Regional and Global Order after Ukraine: between Ideals and Reality

Managing Regional and Global Order after Ukraine: between Ideals and Reality

The European Neighbourhood Council (ENC) released its new analysis on “Managing Regional and Global Order after Ukraine: between Ideals and Reality”.

Following an overview of the disputes in the Western alliance regarding policies toward Russia in the run-up to the war in Ukraine, this ENC Analysis discusses several issues that could reopen fissures within NATO and the EU in the future such as populist electoral successes, particularly, in China, and the Global South. In light of the war, Dr. Oskanian also addresses what lies ahead and concludes the piece by giving recommendations to Western countries in terms of relations with the wider world. 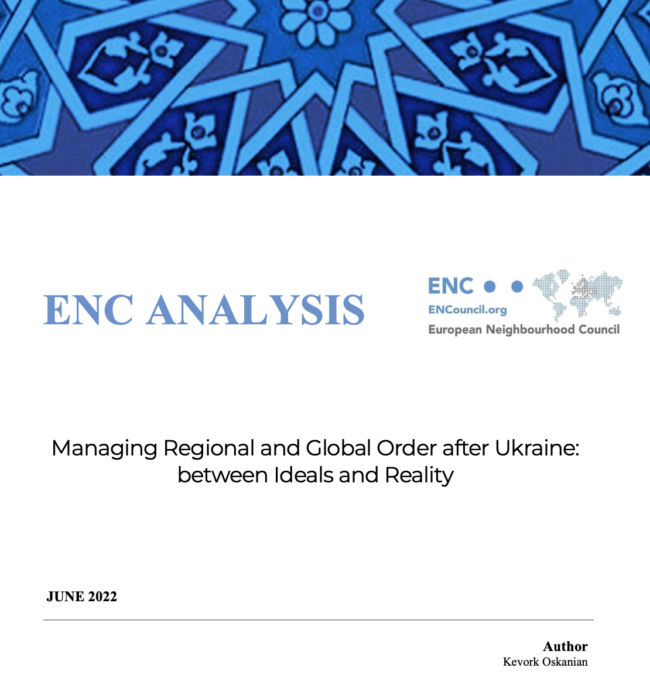